We have many options of Smartphones in the market and the market of smartphones has really gone up. Samsung recently launched a series of Galaxy Tab 3 in India and Samsung Galaxy S5 rumours has begun to launch next year with unique features but Sony has decided to launch the world’s largest full HD display flagship smartphone Xperia Z ultra this year in July. Sony is said to be preparing to launch another flagship smartphone Honami with a 20 megapixel camera that is why Sony is being considered the strongest competitor of Samsung. Pre-orders of Xpeia Z Ultra have started on some online shopping sites including flipkart and infibeam.

Sony Xperia Z Ultra is the first Android based smartphone with 6.4-inch full Hd display. It has excellent features including Go Connected, Go easy and more. Like many of Sony’s recent phones, Xperia Z Ultra is too dust-proof and water resistant.

Why Sony Xperia Z Ultra is being considered the next generation Smartphone?

Xperia Z Ultra comes with a 6.4-inch TRILUMINOS full HD display with X-Reality comes with 1920X1080 progressive scan which provides full HD pictures free of jagged edges and its display is very sharp and bright with 342 pixels per inch. TRILUMINOS is very latest technology developed by the engineers of Sony Bravia TV. See below the difference between Standard LCD and TRILUMINOS display. 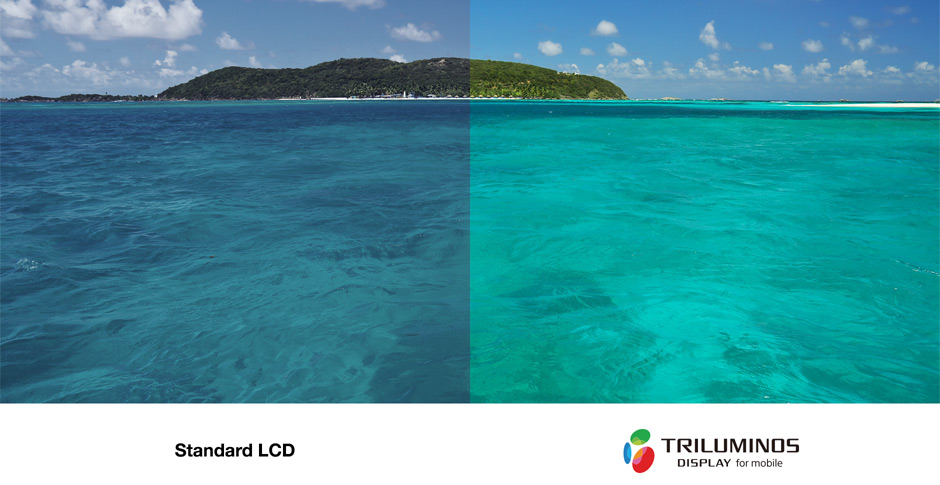 Xperia Z Ultra has a 8-Megapixel primary camera with Exmor RS which produces HD quality images and videos. Its primary camera is endowed with image stabilization, touch focus, geo-tagging, face detection, 3D sweep panorama, HDR and other shooting modes. Its front-facing camera is 2-megapixel and both the cameras record 1080pixel videos at 30 frames per second, but the front-facing camera does not include HDR and image stabilization mode. Exmor RS makes it possible to click stunning shots in any light.

It is powered by a powerful 2.2 GHz Qualcomm Snapdragon 800 Quad Core processor. It runs on Google Android 4.2 jelly bean. It has 2 GB RAM and 16 GB internal storage. The Z Ultra has microSD card slot to increase storage upto 64 GB despite having weather-resistant body.

Go connected is among the features of Xpeira Z Ultra which allows you to connect your Z Ultra with your Sony SmartWatch. The Sony SmartWatch informs you about the incoming calls, messages and more.

Sony has removed a layer of air in Xperia Z Ultra that is why the display closer to the lens which makes its touch very sensitive and ultra slim size. Its weight is 212 grams and the thickness is 6.5 mm which makes it portable and easy to grasp in one hand.

Sony Xperia Z Ultra has many connectivity features including one touch sharing, one touch listening, one touch backup, one touch mirroring and smart connect to lets you manage all your smart accessories. It has 2G, 3G, and 4G LTE network which enables blazing internet connections with up to 100 MBit/s download and 50 MBit/s upload speeds.