The new Samsung Galaxy Note3 was the most interesting device at the exhibition IFA 2013. Samsung’s latest Galaxy Note 3 is available for sale on all online retailers.

Samsung is now the leader of the smartphone market. It’s an honor, but also responsibly. To keep the position, Koreans applied considerable effort. And a new Note that a good proof. Start selling Samsung GALAXY Note 3 will take place in more than 140 countries in the last month of the announcement. Such a short time due to the fact that the company wants to quickly offer new product to the buyer, for the expensive models is especially important. Other manufacturers do not have the resources for such operational logistics.

Leadership relaxes. But while the Samsung all is well with ideas and developments. Here it would be appropriate to mention about watches GALAXY Gear, but they are worthy of a separate review, which will soon appear on the SpiderOrbit. Here we consider the GALAXY Note 3 – the most interesting innovation from Korean manufacturer.

with unique specifications and  Note 3 will be a big rival of it which may affect the sale of the Moto X. Note 3 phablet features a giant 5.7 inch display and  runs on Google’s latest Android OS 4.3 jelly bean.

The series of Galaxy Note has a good position in the market and Note 3 would get appreciation too from the users.

Appearance is the main surprising thing in the Samsung GALAXY Note 3. The Company changed its love of glossy plastic and made a clearance under the skin. In addition, GALAXY Note 3 became more rectangular and has a contrast projection chamber resemblance to good old GALAXY S II. Samsung has used faux leather material on back panel.

In my opinion, looks of GALAXY Note 3 is quite pleasant, looks much better than the glossy Note II and S4. But not everyone likes the styling rear panel under the skin. This problem can be solved cover.

Galaxy Note 3 comes with 5.7-inch Super AMOLED capacitive touchscreen display with 1080 x 1920 pixels resolution. It runs on Google’s Android OS 4.3 jelly bean, which has been launched recently. It has 3 GB of RAM and available in 16/32/64 GB variants. The memory can be expanded up to 64 GB via micro SD card.  The company has packed it with Corning Gorilla Glass 3 for providing extra protection.

Note 3 is equipped with 13 mega pixel fixed focus primary camera which gives a good quality while capturing images or videos. The device is capable to record 2160p pixel resolution videos at 30 frames per second. Its secondary camera is 2 megapixel which will produce good quality while video calling.  Instead of number, the company has focused on the picture’s quality. The Smartphone is packed with all camera features such as Dual Shot, Simultaneous HD video and image recording, geo-tagging, touch focus, image stabilization, panorama, HDR, face and smile detection. 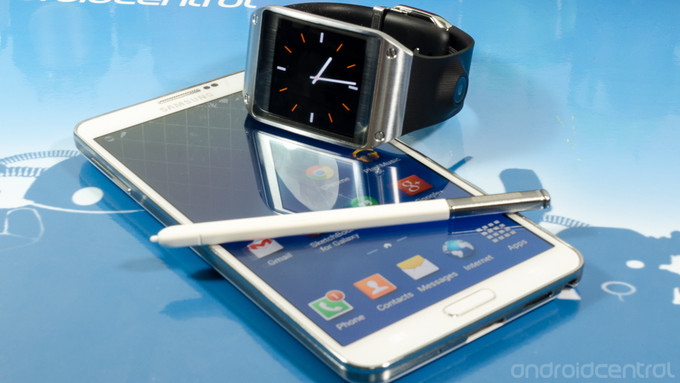 It comes with more voice and messaging options like multi people video call with Google+Hangouts, ChatON, Group Chat, Multimedia Transmission, Buddy Interaction and more. It will also come with other features including Geo-Magnetic, Light Sensor, Accelerometer and Proximity Sensor.

The handset has been assembled with 3200mAh battery that offers talk time up to 21 hours on 3 G and stand by time 420 hours. The battery delivers good backup for multimedia activities and talk time purpose.

I hope the phone will fulfill all the requirements of the customers. It is less with latest technology and you wouldn’t need to think about other handset. The gaming experience will never seen on any device as we tested on the review handset.